Dauer:
1 Jahre
Sprache:
Englisch
Zulassung:
More information about the requirement application can be found on en.mastersinleiden.nl/programmes/philosophy

Hinweis
More information about the tuition fees can be found on www.studieren-in-holland.de/25,1,studiengebuehren.html
Worum geht's im Studium

The Master’s programme in Philosophy at Leiden University is characterised by a firm integration of historical and systematic approaches in philosophy and an emphasis on studying primary philosophical texts. This constantly links both historical scholarship and current philosophical debates. 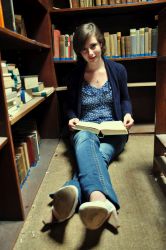 The specialisation Philosophy, Politics and Economics has a distinctively interdisciplinary profile. The programme enables students to engage with issues in philosophy, politics, and economics at the cutting edge of these fields. It aims to draw sophisticated connections between social, political, and economic phenomena, using the methods of philosophical inquiry as tools for addressing these issues.

Reasons to choose Philosophy in Leiden

1. The Leiden Institute for Philosophy offers a combination of Continental and analytical philosophy, which is an attractive feature for students searching for a confrontation of different types of philosophical method. The institute represents a wide range of research interests, enabling students (depending on the specialisation(s) to which they have been admitted) to take courses in:

2. The specialisation Philosophy, Politics and Economics is an inter- and multidisciplinary programme with a unique profile, aiming to provide graduates with the skills necessary both to critique as well as intervene in issues of public significance in creative and innovative ways.
3. The Leiden Philosophy department has a committed teaching staff, and as courses are offered in small groups there is ample room for discussion and interaction.
4. The Leiden Institute for Philosophy has strong international links with philosophy departments worldwide, resulting in an active programme of visiting scholars and lecturers.

Career opportunities:
Philosophy graduates are much sought-after by employers for their analytical acumen and their ability to think ‘outside the box’. According to the human resources analysts PayScale, ‘If you look at the pay of people 15 years out, philosophy is actually in the top 10%.’

In a recent analysis by Forbes magazine, in the USA Philosophy graduates outperformed other humanities majors in early and mid-career salaries and in the lifetime earnings gain from their degree.

Rewards from a Philosophy-based degree aren’t confined to earnings potential. Philosophy graduates lead the way in key opinion-forming and agenda-setting professions. This is especially true of PPE programmes, which have proven ideal training grounds for careers in governance, public administration, NGOs and social entrepreneurship, as well as for creative fields such as journalism, media and the arts.
Philosophy, Politics and Economics – as a graduate of this programme you will be able to make a real difference in the professional world.

Teacher training
If you are interested in a career in teaching, you can apply for the Dutch taught teacher-training MA at the ICLON Graduate School of Education after graduating from the master’s programme. To be admitted, you need to have a degree in both a master’s ánd bachelor’s in this specific discipline or a closely related programme. You have to speak fluent Dutch to follow the course, and there are some additional entry requirements.

Some figures about graduates of Philosophy